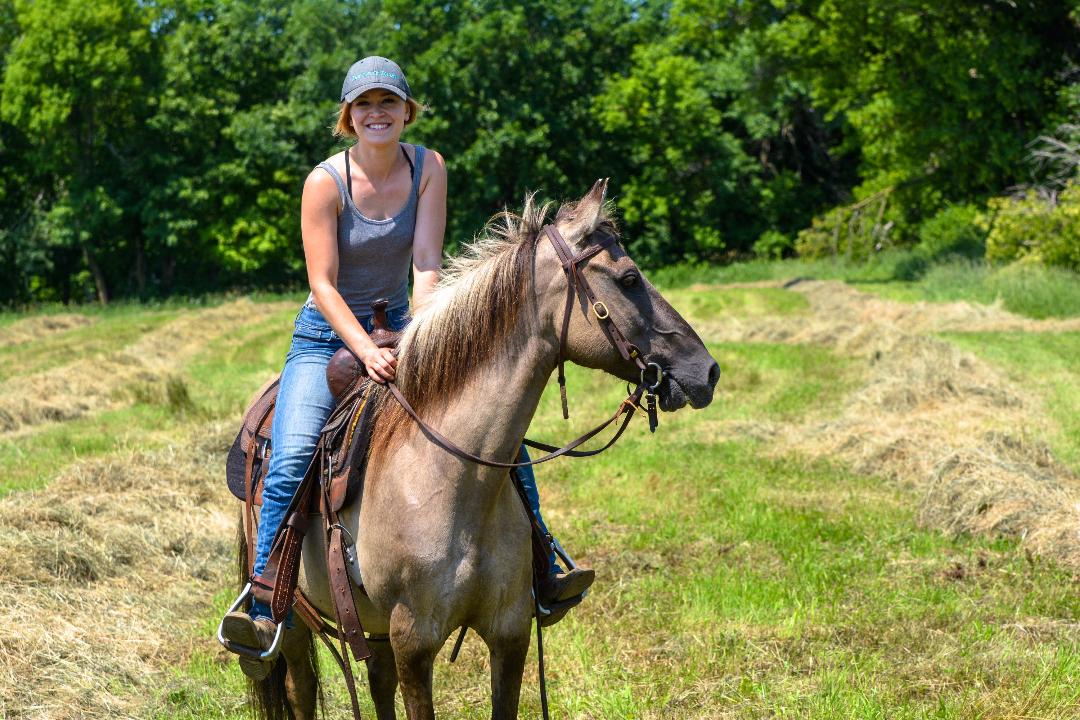 Registered?: No, but is eligible for buckskin, dun, or quarter pony registries.

Best suited for: Either kids or a small adult. He is fine for beginners and has been used in beginner riding lessons. When I got him two years ago he wasn’t very pushy but he has come a long way. Still, he will do better with a somewhat experienced handler/rider that knows how to demand respect when necessary through good ground work, etc.

Been exposed to: Many many many things around Enchanted Hollow Stables including but not limited to a busy atmosphere, cows, dogs, chickens, ducks, guinea hens, goats, pot belly pigs, miniature horses, ponies/minis driving with carts, 4 wheelers, tractors, trucks, traffic, busy roads, kids on bikes, gunshots, fireworks, tarps, obnoxious little kids, and much more. Nothing bothers him!

Gru. Gelding. 14 hands. 13 years old. Silver grullo. Easy keeper. Not registered. UTD on coggins, shots, teeth, farrier, and chiropractic. Collects great w/t/c. Bathes, stands for grooming/clipping/etc. Great stop off seat cues or rein cues. ZERO buck, bite, or kick. Rides well in a rope halter or three-piece snaffle. Responsive to leg cues. Flexes well. Has had extensive ground work done with him, and as a result from the ground he lunges well, sidepasses, backs, yields his hindquarters, and ground ties. This adorable boy has been used in our riding lesson program in both groups and individual private lessons, as well as our very busy kids horse camps. He is often ridden by beginners and is suited for either kids or a small adult, but I suggest a handler/rider that will demand respect when necessary. When we first got him, he was very pushy, but through two years of ground work and demanding respect he has much better ground manners – he is good now but I wouldn’t want him to ever fall into old habits! No spook. Goes over, under, or through anything you ask him to. He will pack around a kid all day in the arena or on the trails, even with other horses trotting or cantering up behind him or alongside him. He does have some minor vices, which are detailed farther down in this post.

How long have you owned him? Two years. For more information on Gru when I first got him, click here to read a blog post that goes more in depth into that topic.

Why are you selling him? I buy, train, and sell ponies often. I have held on to Gru for two years, which is much longer than I normally would keep a project before selling. He’s been used a lot in our riding lesson and horse camp program, but we are lucky to have many good lesson horses and ponies for our program, including some of my younger up-and-coming projects and it’s time for him to graduate and move out. 🙂 He does his job well here, but I think he will be happier with more one-on-one attention where HE is the star and gets to bond with an individual rather than having so many different riders.

Can he do gaming? If you train him for it, sure, maybe. But he is not a trained gaming or barrel horse, I can’t guarantee that he’ll be any good at it, and I have not personally shown him aside from doing organized cow sorting events.

Is he fast? Not really, but I’ve spent most of the time that I’ve ridden him working on a good frame, going slow, and being responsive to my seat and hands. I haven’t ever had a need or desire to push him for speed, and neither have my students.

Can he be ponied or has he been ponied off a different horse? Yes and yes. He does fine either way. 🙂

Have you taken him camping? I personally have not, but I would not hesitate to do so. I just usually take my personal horses on trips like that. 🙂 He trail rides great anywhere and I would be totally comfortable tying him up for a night while on a camping trip.

Do you have video? Yes! See below.

If you are interested in this pony, please either e-mail enchantedhollowstables@gmail.com or message our Facebook page, Enchanted Hollow Stables.